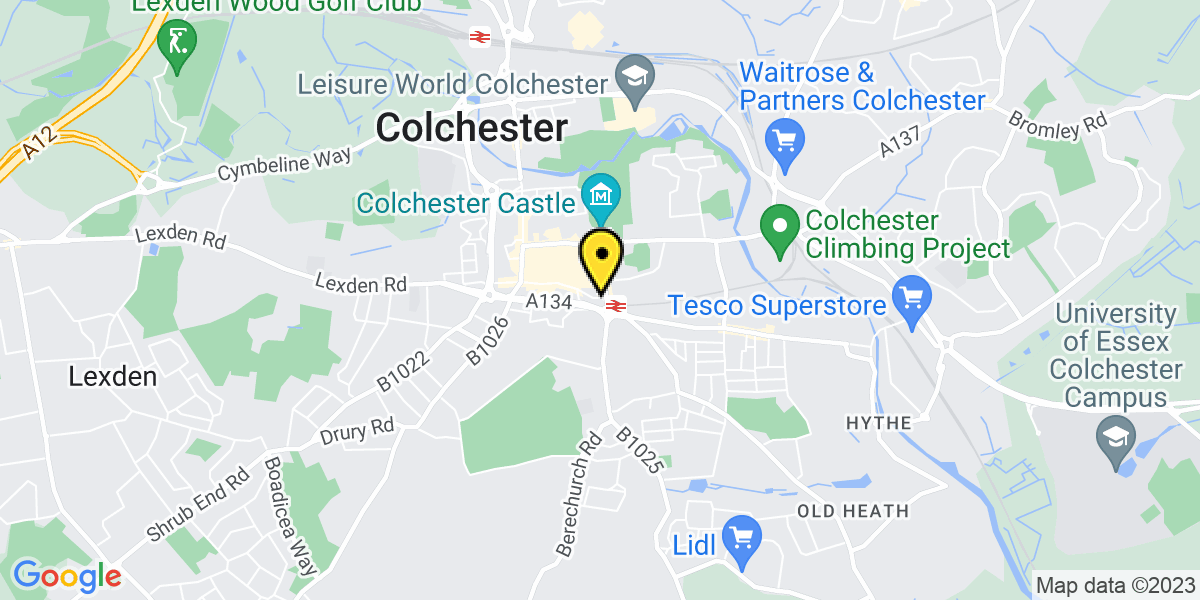 Colchester is one of the UK’s most picturesque town, with plenty of reminders of its heritage, but with all the contemporary amenities you’d expect from the 21st century. It’s Britain’s oldest own, with a history that stretches back over 2000 years to its beginnings as a Roman settlement. While there is a good selection of historic attractions, there’s also plenty for the modern visitor, such as the famous Colchester Zoo, excellent shopping facilities, some superb restaurants, and with the added bonus of being close to the coast. Colchester Osborne Street NCP is ideally located for easy access for the best of what the town has to offer and, with over 600 spaces and the facility to pre-book, you can easily park in Colchester when you want.

Colchester Town Train Station began in 1866 as St Botolph’s. It offers links to London, as well as trips along the ‘sunshine coast’, which takes in destinations including Hythe, Kirby Cross and Walton on the Naze. Whether you’re collecting a friend from Colchester Town Train Station, dropping someone off to catch a train or zipping off into London for the day, the Colchester Osborne Street NCP is just a three-minute walk away, making it much easier to carry luggage and avoid the crowds of cars looking for somewhere to park. Pre-book your space for the day and you can rest assured that when you come back from wherever you’ve been, your car will be waiting for you, right where you left it.

If you’re looking for somewhere to flex your bargain-hunting muscles and put your credit card through its paces, look no further than St Botolph’s Street. This is Colchester’s premier centre for retail therapy. Here, you won’t find so many of the usual high street brands; instead, the street is lined with smaller, independent retailers and some wonderfully quirky boutique stores. Make a day of it, with plenty of places to eat, all set in a variety of buildings, ranging from mock-Tudor to the sleek, chic, and modern. Colchester Osborne Street NCP is just two minutes away, allowing to shop at your leisure, before carrying your bags back to your car and setting off for home.

Season Tickets from as little as £2.54 per day.

Colchester Osborne Street compared to other car parks nearby

The post code for your sat nav is CO2 7DP

At this car park we use number plate recognition technology. On arrival at the entry barrier, your number plate will read and a ticket automatically issued. If no ticket is issued, please press for assistance. Please keep your ticket safe as you will need this on exit.

At the exit, please insert your ticket for your parking to be validated. Once validated, the barrier will raise . If the barrier does not raise, please press for assistance.