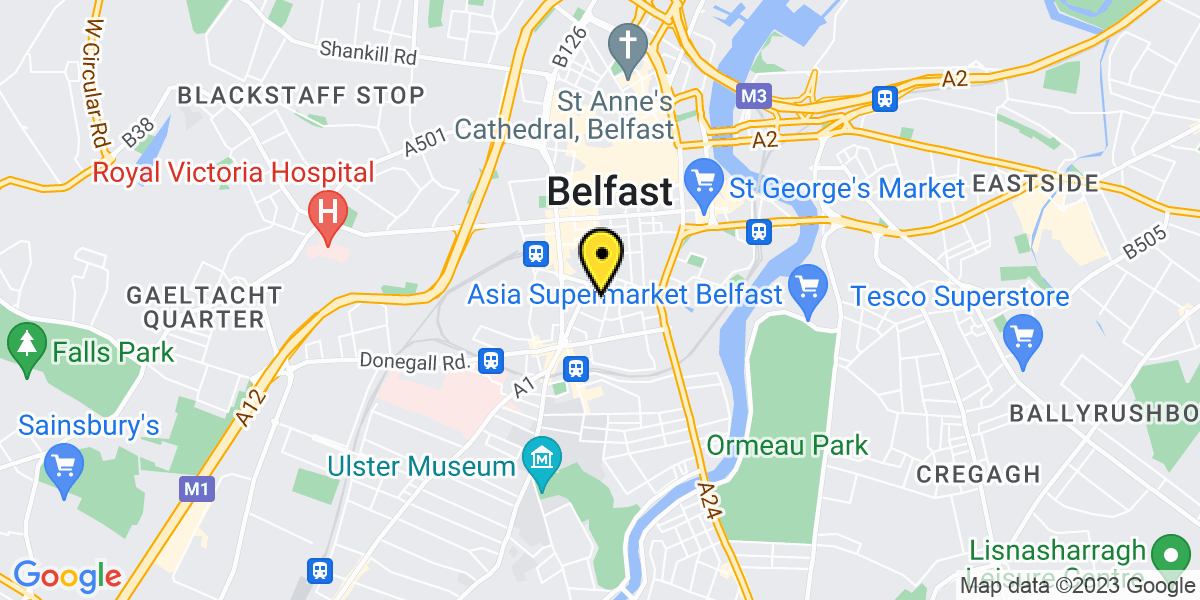 The capital of Northern Ireland, Belfast was once known as ‘Old Smoke’, in reference to the city’s role as a centre for industry, while the rest of Ireland remained mainly rural. Today, Belfast is a vibrant destination, with plenty of old-school Irish charm for those who want to hunt out the party scene. However, it’s also a very modern city, with sleek, glittering buildings rubbing shoulders with older, iconic architecture.

Belfast’s artistic roots are very much at the fore, with plenty of places to catch live music, theatre shows and an abundance of places to eat. If you’re looking to flex your bargain-hunting muscles and give the credit card something of a workout, NCP’s Belfast Dublin Road Car Park puts you just a short walk from some of the best shopping that Northern Ireland has to offer.

If you’re looking to kick back and enjoy one of latest blockbusters, fresh from Hollywood, the Movie House Cinema is about one minute’s walk from the Belfast Dublin Road NCP. Whether it’s an afternoon showing or you’re taking your partner for a romantic evening out to watch the latest rom-com, parking in Belfast for this attraction has never been easier. The Movie House Cinema offers a range of cinema treats, from popcorn and ice-cream, to hotdogs and nachos, so you don’t even have to worry about looking for somewhere to eat, once the show’s over

Belfast has always had an exciting music scene, giving rise to some phenomenal acts and bands, such as Stiff Little Fingers, Terri Holey and David Holmes. The city’s musical backdrop is as exciting as it ever was and if you want to catch up-and-coming acts or established giants of the music world, the Limelight is the place to go. In addition to live music, Limelight also dishes up some of the best club nights in the city, with cutting-edge DJs playing everything from folk and disco to rock and punk. With your car parked conveniently close, you won’t have to rely on public transport to get you home.

Season Tickets from as little as £4.40 per day.

Belfast Dublin Road compared to other car parks nearby