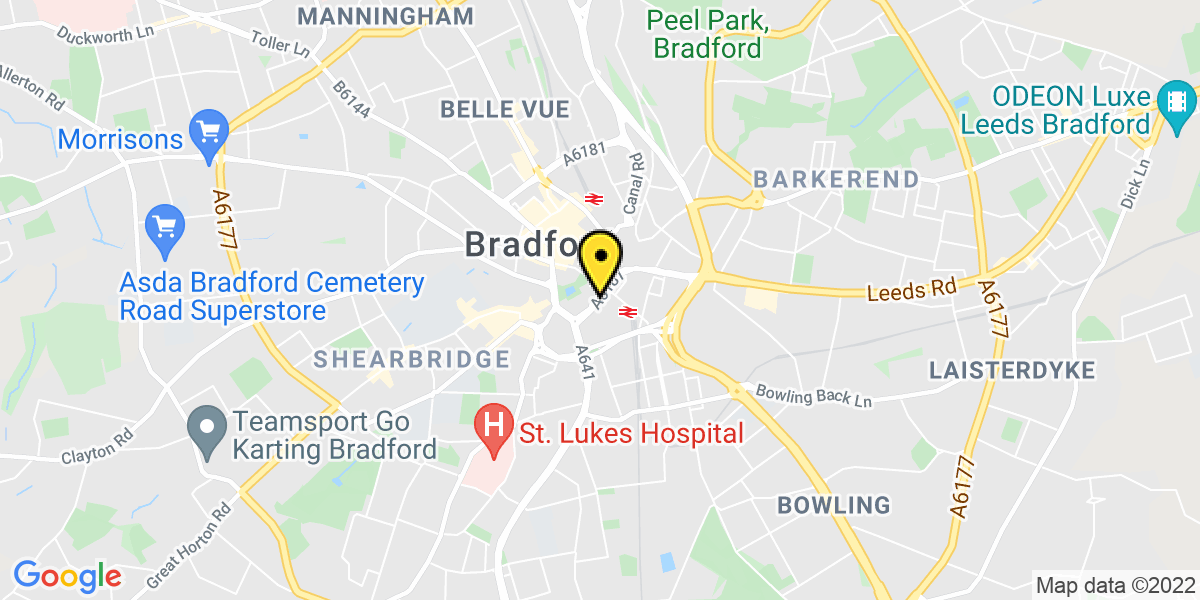 Situated on the border of Bronte Country, Bradford has a small city centre, which is then surrounded by individual towns and villages, each with their own distinct character. While the city might have a well-established industrial past, it boasts a cultural backdrop that has its sights firmly set on the future. With superb shopping on tap, glittering West End shows to see, and arrange of family attractions to get to grips with, parking in Bradford can be tricky due to the rising popularity of this busy little city. However, pre-book a space at the Bradford Hall Ings NCP and you can enjoy a hassle-free day out. In addition, the Bradford Hall Ings car park is within easy access of several attractions and amenities, adding extra convenience to your trip.

If you’re catching a train further afield or dropping someone off at the station, parking at the Bradford Hall Ings can take the stress out of the process. Just three minutes away on foot and with the ability to pre-book your space, you can be at the Interchange exactly on time, without having to drive around and look for somewhere to park. In addition to providing a network of trains across the country, the Bradford Interchange also provides buses in and around Bradford and across most parts of West Yorkshire.

Although you might not expect it of an industrious city, Bradford acts as home to one of the most stunning public spaces in the UK. A mere two-minute walk from the Bradford Hall Ings NCP, the city park has won an impressive roster of awards and boasts the country’s largest urban water feature, in the form of the Mirror Pool. Walk from your car to the Bradford City Park and you can expect bubbling, frothing and jetting water fountains, beautifully sculpted gardens and, if you pay a visit as the sun’s going down, some superb light displays, which see the water features illuminated in atmospheric colour.

Fancy a night out at the theatre? Pre-book your space at the Bradford Hall Ings NCP and you’ll be just seven minutes away from what is widely regarded to be the North’s premiere receiving theatre. The Alhambra Theatre acts as host to the biggest and best West End shows, as well as international dance troupes, comedy, and live music.

Our Early Bird price is available when you park between 05.30 - 09.30 and exit before 23.59 on the same day. For shorter stays between 05:30 - 09:30 our standard tariff is still available. Please press the assistance button at a pay station so we can adjust the cost of your stay.

Season Tickets from as little as £2.05 per day.

Bradford Hall Ings compared to other car parks nearby

Hall Ings, Bradford. The post code for your sat nav is BD1 5SD

At this car park we use barcode recognition technology. When you arrive at the entry barrier, please scan your barcode and we'll issue you  a ticket If no ticket is issued, please press for assistance. Please keep your ticket safe as you will need this when you're leaving the car park.

At the exit barrier , please insert your ticket so that we can validated your parking. After we have done this we'll raise the barrier. If the barrier doesn't raise, please press the assistance button.